Each year a group of Canterbury local authorities and the regional council contract new aerial photographs to be captured over the Canterbury region. These digital photographs are captured using a specialist high powered camera onboard an aircraft flying at an altitude of 1400m.

The capture is very weather dependent as we need cloud-free images captured and when the sun is nearly overhead in summer for the minimum shadows to appear on the images. Once these images have been captured, they go through processing to ensure they are in the correct geographic location, have enough overlap between photos and go through a process of flattening the terrain in the imagery through a procedure called orthorectification.

The 11 Canterbury councils together with public-private partnership capture a different area of Canterbury each summer; over what is now a decade long program. Thousands of individual photographs are then combined to provide a continuous surface across all of Canterbury. Our imagery collection also contains historical digitally-converted film photographs dating back to 1920’s.

Aerial photographs provide the real-world context to our location information for Local Councils and Environment Canterbury’s wide variety of functions, including monitoring land use, traffic management, managing public and private utility networks, property information and developing farm environment plans. Regionally it is used as part of our processes in hazard identification, coastal erosion, climate change monitoring, river engineering including flood control, biosecurity, environmental monitoring, regional policy and planning and for considering applications for certain resource consents – land use consents, coastal permits, water permits, discharge permits and planning public passenger transport. In the event of a disaster, the imagery is a record of what the prior state was preceding an event.

See below for the areas on the list to capture this summer or view the 'Contracted Imagery (in progress)' layer on a map. 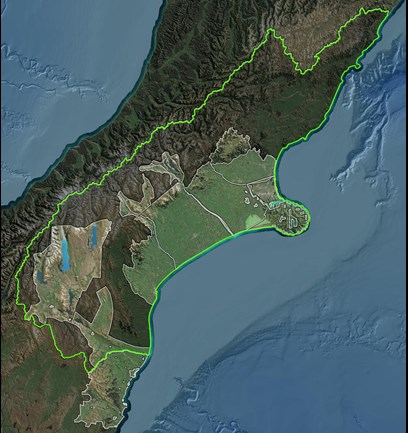